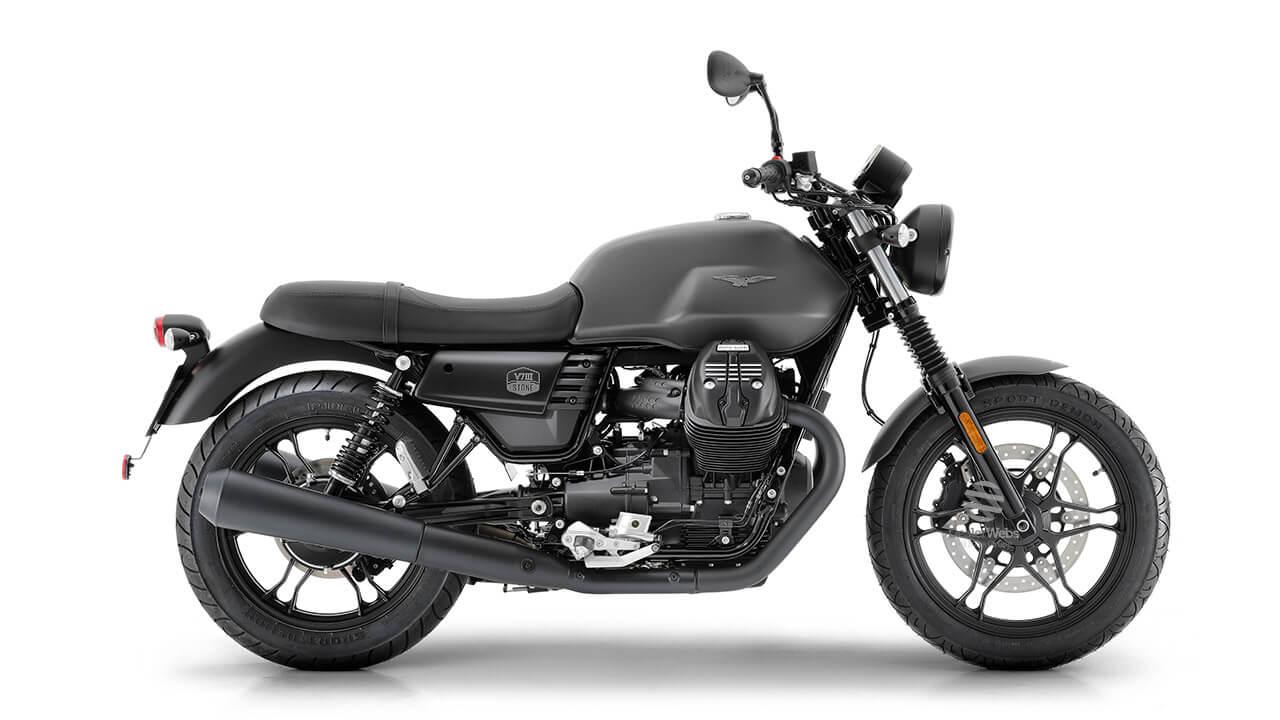 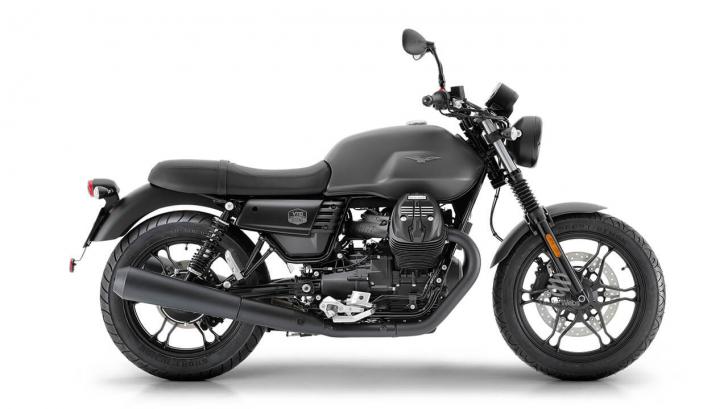 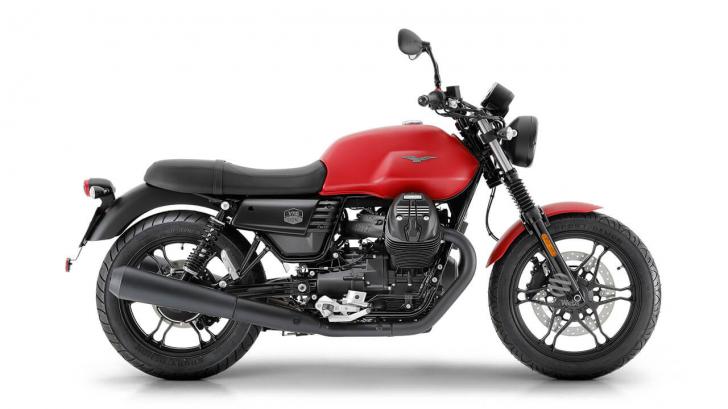 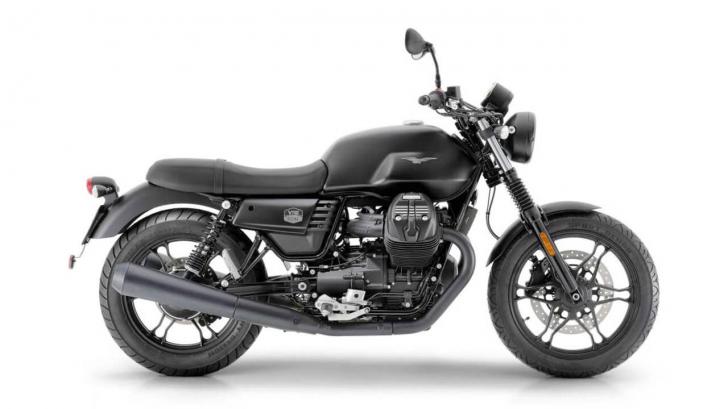 The V7 III Stone now boasts ever more distinctive and bolder aesthetic features. Eclectic and essential, it eschews any touch of chrome whatsoever, opting instead to embrace the darkness of matt black paintwork perfectly setting off the dedicated seat with its passenger grab strap. Whilst the total dark matt look distinguishes the V7 III from other versions, there are plenty of other differences. And, for those wanting a splash of colour, there are three captivating satin shades inspired by the typical tones of the 70s: Nero Ruvido (black), Grigio Granitico (granite grey) and Rosso Rovente, a fiery red.

THE CHASSIS: A GUARANTEE OF QUALITY
The steel frame adopts the dismountable double cradle layout with weight distribution of 46% up front and 54% at the rear. The reinforced front part has a steering geometry which delivers dynamic cornering and exceptional handling and stability, thus meeting all the riding needs of the modern biker.
The Kayaba shock absorbers with adjustable spring preload ensure a progressive and controlled response in all situations, even with a passenger onboard. Completing the chassis is the 320-mm stainless steel floating disc with Brembo callipers with 4 pistons and the rear brake master cylinder with built-in tank which ensures responsiveness and reliability.

SMALL BLOCK MOTOR: UNIQUE CHARACTER AND SOUND
The Moto Guzzi 90° transverse V-twin engine is unique in the world, and was designed not only with delivering performance and reliability in mind, but also with the aim of creating maximum riding pleasure and fun on the road.
The engine contains a driveshaft calculated to deliver more liveliness during inertia and stronger engine braking, while the piston cooling oil jets come with a flow control and management valve. The exhaust comes with dual pipe manifolds for improved thermal insulation.

The 744cc-cylinder is testament to the V7 III as the Moto Guzzi entry-level motorcycle. Maximum power has increased to 52 horsepower at 6200 rpm and 60Nm of torque at 4900 rpm, with a truly flat torque curve to deliver ease of use combined with the character and quick response synonymous with Moto Guzzi engines.
The reduced-power version is also available, to meet the limitations set by the A2 class driver's license. Ideal for new Guzzi riders with its reduced total weight and size, it still delivers the overall easy ride of all the V7 III versions.

SAFETY: THE MOTO GUZZI HERITAGE
The V7 III is equipped with ABS and a new adjustable MGCT (Moto Guzzi Traction Control) system which can also be disabled. The former is a dual-channel Continental unit the prevents the wheels from locking up whilst the latter is a system which prevents rear wheel spin during acceleration.

THE MOTO GUZZI MEDIA PLATFORM: CONNECTING THE V7 III TO THE WORLD
The V7 III range offers the Moto Guzzi multimedia platform as an option. MG-MP is an innovative system which connects the bike to the rider’s smartphone by means of a dedicated app, downloadable for free from the Apple Store and Google Play. Compatible with both iPhone and Android, the phone essentially becomes the link between bike and Internet, creating a sophisticated multifunctional onboard computer. 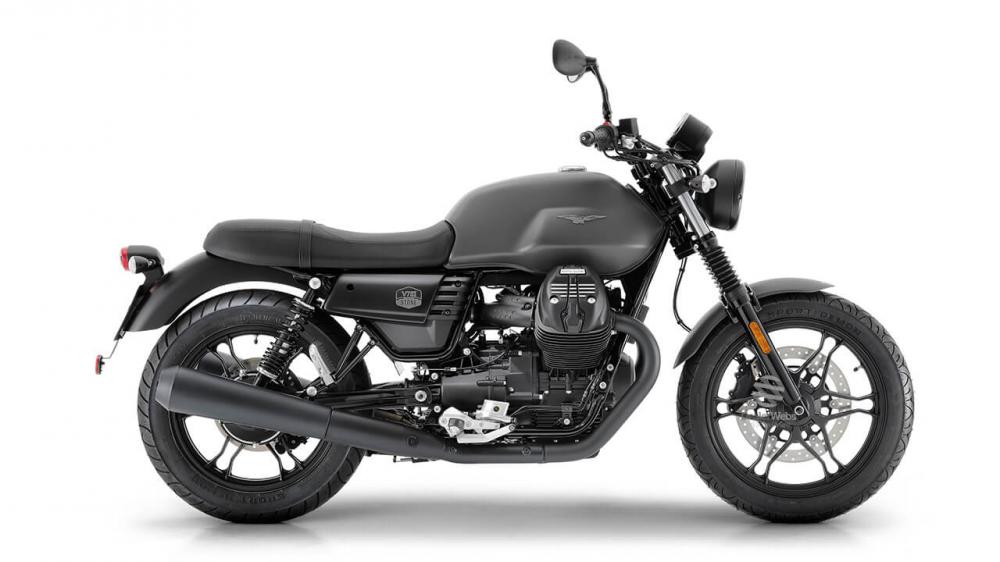 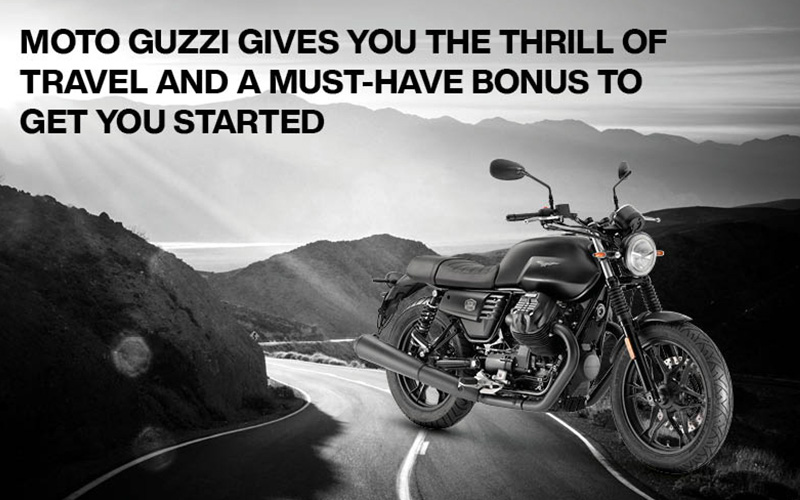 Founded in 1921, Moto Guzzis are still being made with pride at the same factory in Mandello del Lario where they’ve been produced for almost 100 years. As we approach the centenary year of Moto Guzzi, we’ve reduced the price of the V7 III Stone, V7 III Stone Night Pack and V7 III Special by £500 to make owning such a noble and historic marque even more tempting.

*Terms & Conditions Apply: The promotion is applicable to V7 III Stone, V7 III Stone Night Pack and V7 III Special models registered between 1st January and 30 June 2020 at participating official UK Moto Guzzi retailers only. This promotion is only available to UK residents. Promotion entitles the customer to £500 discount upon purchase of a vehicle. There is no cash alternative. Promotion can be withdrawn at any time without prior notice. Model shown in the image is a Moto Guzzi V7 III Stone Night Pack